Barbirolli in California 1940-43: A little-known chapter 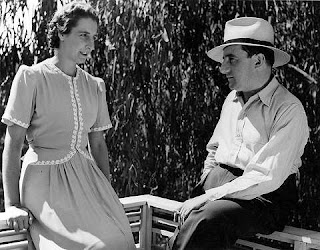 2020 sees the 50th anniversary of the death of Sir John Barbirolli, probably the Hall é Orchestra's greatest conductor. This is a slightly amended version of an article originally written in 1994 for the Barbirolli Society magazine. John and Evelyn Barbirolli in the USA I had the privilege in September this year of joining the Hallé Orchestra and Kent Nagano on their week-long stay in Los Angeles, playing nightly at the Hollywood Bowl to audiences of up to 16,000. One aspect of the visit was to research the links which John Barbirolli had with California during the war years, an aspect of his career which is relatively little-known. In fact there is evidence that in early 1943, before the invitation from the Hallé in England was confirmed, his hopes were chiefly set on a permanent conductorship in Los Angeles, until the temporary collapse of the orchestral organisation there. These facts emerged from the discovery of his entire professional correspondence from his tim
Post a comment
Read more

August 07, 2018
EDWARD JAMES LODER was a Victorian musician and composer who died in 1865. The 150th anniversary of his death has been marked in Bath, the city of his birth (in 1809) and early career, but his time in Manchester as musical director of the city’s Theatre Royal – 1851 to 1855 – was a fruitful one and entitles him to a distinguished place in this community’s musical history, too. That is so particularly because it saw the birth of his masterpiece, the opera Raymond And Agnes , in 1855. I wrote about this in Manchester Sounds vol. 6 (at pp. 71-77), noting the relative lack of attention to the sesquicentenary of the one serious opera of any quality that can be claimed to have been completed, rehearsed and premiered in this city. He was also the collaborator with Charles Hall é in the Theatre Royal’s most ambitious home-produced classical opera season, in 1854 – a venture for which Hall é was later inclined to take the artistic credit (such as there was) but which seems to have be
Post a comment
Read more
More posts